SMALL TALK: View the story of the air rifle that doubled the size of the United States. Fantastic bit of 2nd Amendment history re: Lewis and Clark.

See at:
FT forum: This is just to cool not to spread around
www.network54.com

Sometimes one's conceptions get in the way of the facts. Here is a good example of three of them:

1. Most everything we buy is made in China
2. China has become our banker, holding most of our debt
3. We are mostly dependent on Middle East oil

Here are the facts.

At a conference in  Philadelphia earlier this month, a Wharton professor noted  that one of the country's biggest economic problems is a  tsunami of misinformation. You can't have a rational debate  when facts are so easily supplanted by overreaching  statements, broad generalizations, and misconceptions. And if  you can't have a rational debate, how does anything important  get done? As author  William Feather once advised, "Beware of the person who can't be bothered by  details." There seems to be no  shortage of those people  lately.
Here are three  misconceptions that need to be put to  rest.
Misconception  1)
Most of what Americans  spend their money on is made in China  .
Fact: Just 2.7% of  personal consumption expenditures go to Chinese-made goods and  services. 88.5% of U.S. consumer spending is on American-made goods and  services.
I used that statistic  in an article last week, and the response from readers was  overwhelming: Hogwash. People just didn't believe  it.
The figure comes from a  Federal Reserve report. You can read it   here.
A common rebuttal I got  was, "How can it only be 2.7% when almost everything in  Wal-Mart  (NYSE:  WMT   )  is made in  China ?" Because Wal-Mart's $260 billion in U.S. revenue isn't  exactly reflective of America 's $14.5 trillion economy.  Wal-Mart might sell a broad range of knickknacks, many of  which are made in China, but the vast majority of what  Americans spend their money on is not  knickknacks.
The Bureau of Labor  Statistics closely tracks how an average American spends their  money in an annual report called the Consumer Expenditure  Survey. In 2010, the average American spent 34% of their  income on housing, 13% on food, 11% on insurance and pensions,  7% on health care, and 2% on education. Those categories alone  make up nearly 70% of total spending, and are comprised almost  entirely of American-made goods and services (only 7% of food  is imported, according to the  USDA).
Even when looking at  physical goods alone, Chinese imports still account for just a  small fraction of U.S. spending. Just 6.4% of nondurable goods  -- things like food, clothing and toys -- purchased in the  U.S. are made in China ; 76.2% are made in America . For  durable goods -- things like cars and furniture -- 12% are  made in China ; 66.6% are made in America  .
Another way to grasp  the value of Chinese-made goods is to look at imports. The  U.S. is on track to  import $340 billion worth of goods  from China this year, which is 2.3% of our $14.5 trillion  economy. Is that a lot? Yes. Is it most of what we spend our  money on? Not by a long  shot.
Part of the  misconception is likely driven by the notion that America 's  manufacturing base has been in steep decline. The truth,  surprising to many, is that real manufacturing output  today  is near an all-time high. What's dropped  precipitously in recent decades is manufacturing employment.  Technology and automation has allowed American manufacturers  to build more stuff with far fewer workers than in the past.  One good example: In 1950, a U.S. Steel  (NYSE:   X   )  plant in Gary , Ind. , produced 6  million tons of steel with 30,000 workers. Today, it produces  7.5 million tons with 5,000 workers. Output has gone up;  employment has dropped like a  rock.

Misconception  2):
We owe most of our debt  to China .
Fact: China owns 7.8%  of U.S. government debt  outstanding.
As of August,  China   owned $1.14 trillion of Treasuries.  Government debt stood at $14.6 trillion that month. That's  7.8%.
Who owns the rest? The  largest holder of U.S. debt is the federal government itself.  Various government trust funds like the Social Security trust  fund own about $4.4 trillion worth of Treasury securities. The  Federal Reserve owns another $1.6 trillion. Both are unique  owners: Interest paid on debt held by federal trust funds is  used to cover a portion of federal spending, and the vast  majority of interest earned by the Federal Reserve is   remitted back to the U.S.  Treasury.
The rest of our debt is  owned by state and local governments ($700 billion), private  domestic investors ($3.1 trillion), and other non-Chinese  foreign investors ($3.5  trillion).
Does China own a lot of  our debt? Yes, but it's a qualified yes. Of all Treasury debt  held by foreigners, China is indeed the largest owner ($1.14  trillion), followed by Japan ($937 billion) and the U.K. ($397  billion).
Right there, you can  see that Japan and the U.K. combined own more U.S. debt than  China . Now, how many times have you heard someone say that we  borrow an inordinate amount of money from Japan and the U.K. ?  I never have. But how often do you hear some version of the "  China is our banker" line? Too often, I'd  say.

Misconception  3):
We get most of our oil  from the Middle East  .
Fact: Just 9.2% of oil  consumed in the U.S. comes from the Middle East  .
According the U.S.  Energy Information Administration, the U.S. consumes 19.2  million barrels of petroleum products per day. Of that amount,  a net 49%  is produced domestically. The rest is  imported.
Where is it imported  from? Only a small fraction comes from the Middle East , and  that fraction has been declining in recent years. So far this  year, imports from the Persian Gulf region -- which includes  Bahrain, Iran, Iraq, Kuwait, Qatar, Saudi Arabia, and the  United Arab Emirates --  have made up 9.2% of total  petroleum supplied to the U.S. In 2001, that number was  14.1%.
The U.S. imports more  than twice as much petroleum from Canada and Mexico than it  does from the Middle East . Add in the share produced  domestically, and the majority of petroleum consumed in the  U.S. comes from North America  .
This isn't to belittle  our energy situation. The nation still relies on imports for  about half of its oil. That's bad. But should the Middle East  get the attention it does when we talk about oil reliance? In  terms of security and geopolitical stability, perhaps. In  terms of volume, probably  not.

A roomful of  skeptics
"People will generally  accept facts as truth only if the facts agree with what they  already believe," said Andy Rooney. Do these numbers fit with  what you already believed? No hard feelings if they  don't
Posted by JP at 11:50 AM 31 comments

Lost Balloonist
A woman in a hot air balloon realized she was lost. She lowered her altitude and spotted a man in a boat below.  She shouted to him,
"Excuse me, can you help me? I promised a friend I would meet him an hour ago, but I don't know where I am."
The man consulted his portable GPS and replied, "You're in a hot air balloon, approximately 30 feet above ground elevation of 2,346 feet above sea level. You are at 31 degrees, 14.97 minutes north latitude and 100 degrees, 49.09 minutes west longitude.
She rolled her eyes and said, "You must be a Republican. "I am," replied the man. "How did you know?"
"Well," answered the balloonist, "everything you told me is technically correct.  But I have no idea what to do with your information, and I'm still lost.  Frankly, you've not been much help to me."
The man smiled and responded, "You must be an Obama-Democrat." "I am," replied the balloonist.  "How did you know?"
"Well," said the man, "you don't know where the hell you are -- or where the hell you are going.  You've risen to where you are, due to a large quantity of hot air.  You made a promise you have no idea how to keep, and you expect me to solve your problem. You're in exactly the same position you were in before we met, but somehow, now it's my fault."
Posted by JP at 4:58 PM 1 comments

The Dumbell Nebula, known as M-27 (NGC 6853) was discovered by Charles Messier in 1754. It is located in our galaxy some 1360 LY distant. It is categorized as a planetary nebula, and is the result of an exploding central star.  It is a favorite of backyard astronomers everywhere, since it is easy to find and easy to image. Every image I have seen, including my own, seems to represent a different color scheme, probably due to the preferences of the person taking the image and the subsequent processing. I took the following image on the 30th of October 2011, and probably over processed the raw data, but it is pleasing to me. 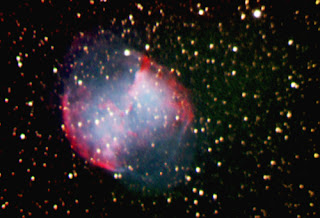 A Galaxy Far, Far Away 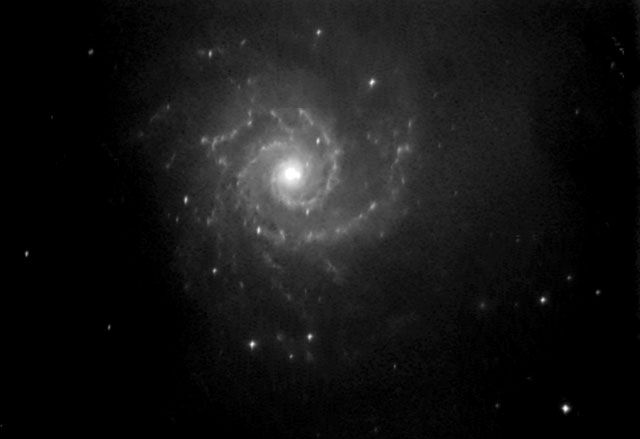 When Men Were Men 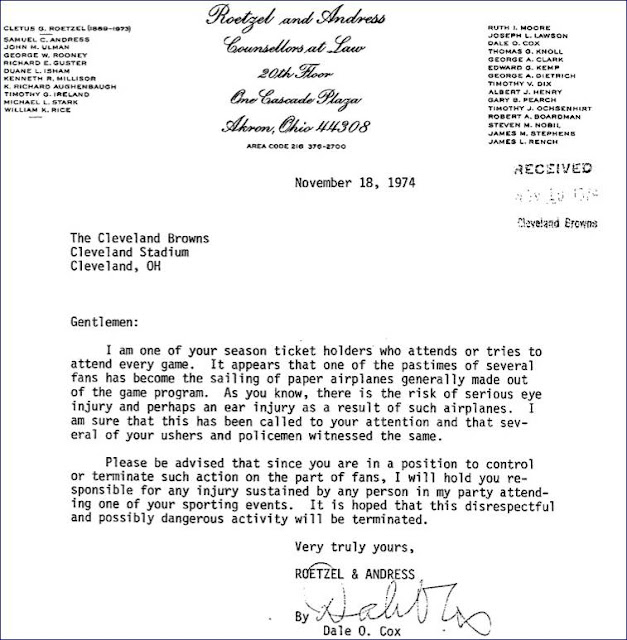 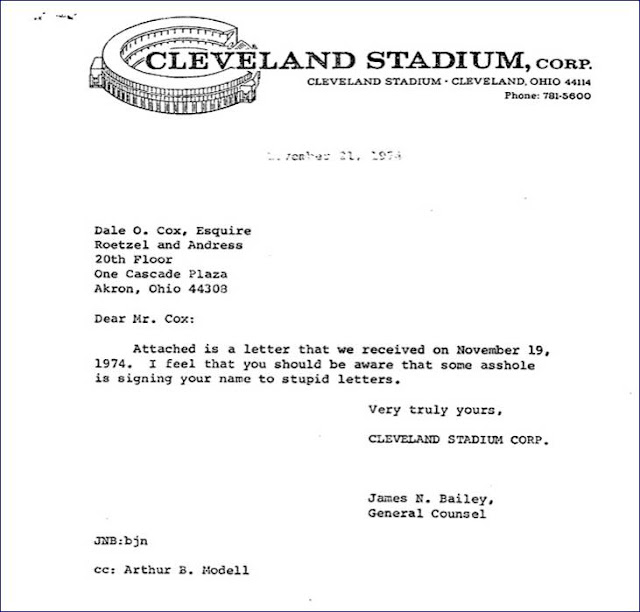 Are We Better Off Now?

After two years of Obama ...
Here's your change!
Just take this last item: In the last two years we have accumulated national debt at a rate more than 27 times as fast as during the rest of our entire nation's history.  Over 27 times as fast. Metaphorically speaking, if you are driving in the right lane doing 65 MPH and a car rockets past you in the left lane.   27 times faster, it would be doing 1,755 MPH!
Sources:
(1) U.S. Energy Information Administration; (2) Wall Street Journal; (3) Bureau of Labor Statistics; (4) Census Bureau; (5) USDA; (6) U.S. Dept. Of Labor;
(7) FHFA; (8) Standard & Poor's/Case-Shiller; (9) RealtyTrac; (10) Heritage Foundation and WSJ; (11) The Conference Board; (12) FDIC;
(13) Federal Reserve; (14) U.S. Treasury
THE PRESIDENCY
SOME WILL APPRECIATE THIS AND SOME WILL NOT.
HOWEVER, ALL OF IT IS TRUE.
So, tell me again, what is it about Obama that makes him so brilliant and impressive? Can't think of anything? Don't worry. He's done all this in 24 months -- so you'll have one year and ten months to come up with an answer.
Posted by JP at 8:19 AM 3 comments 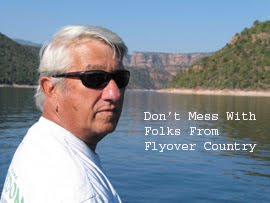 For the dozen or so persons who have actually read this blog, perhaps you have noticed I have been absent for some time. A huge attack of ennui has overtaken me, fueled by the daily affirmation of impending economic disaster, brought about by a quacksalver President who is hell bent on destroying this country. He and his ilk have brought us to the point of no return, so no sense spending anymore time jawing about it, just plain time to hunker down and ride out the consequences 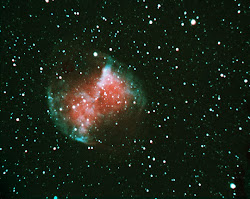 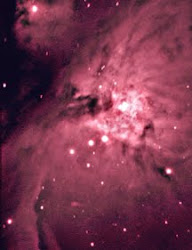 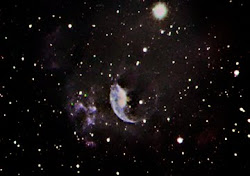 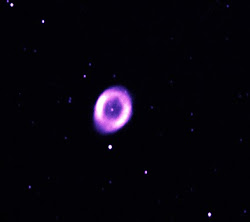 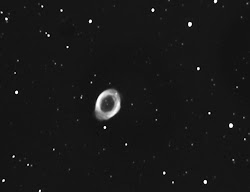 Another Image From Flyover Country 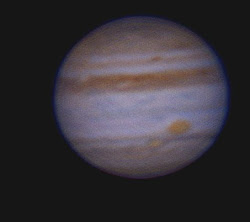